NASA has published its latest edition of the FieldNOTE Newsletter. This June 2021 newsletter provides an update on NASA’s upcoming demolition work, progress with the onsite groundwater treatment system, a feature on the installation of barn owl boxes in the Bravo Test Area, and the status of NASA’s nomination of the Burro Flats Cultural District to the National Register of Historic Places. 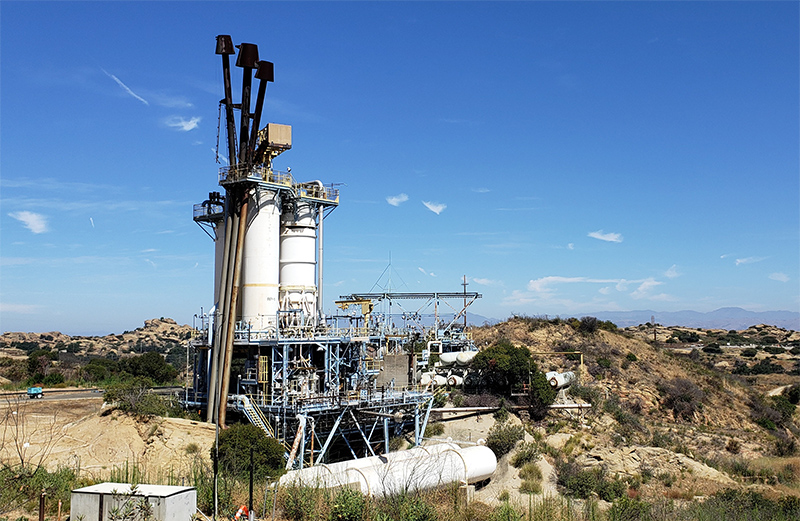 This spring, NASA is preparing to kick off the next phase of its demolition program at the Santa Susana Field Laboratory—a necessary and important step in the cleanup process. During Phase 5, NASA will demolish the Bravo test stands and control house.

Phase 5 is the continuation of NASA’s demolition program that began in 2015, in accordance with NASA’s Demolition Standard Operating Procedures, approved by DTSC in 2011, and the 2014 NASA Record of Decision for Demolition

. Following the completion of Phase 4 in February 2020, NASA announced its decision in April 2020 to end the deferral of the demolition of test stands and to proceed with demolition of the Bravo and Coca Test Areas.

Pre-demolition work will begin next month, as crews mobilize in the field and complete biological surveys and make other preparations to ensure demolition activities are conducted in a manner that protects the health and safety of workers, the public, and cultural and biological resources. NASA anticipates it will complete demolition of the Bravo test stands and control house by the end of 2022. Coca demolition activities are expected to be part of a sixth phase and would begin sometime in 2023.

NASA is committed to keeping the public informed about Phase 5 demolition activities. The Demolition page of this website will include regular updates and photos of Phase 5 activities. You can sign up to receive notifications of updates to this website by subscribing to our NASA SSFL Communications E-List

The photos below show the concrete removal at LOX in October 2018 as part of the Phase 4 demolition. 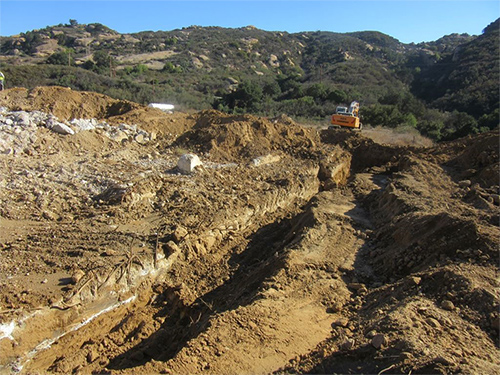 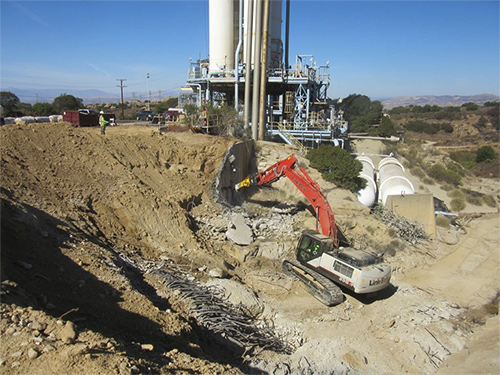 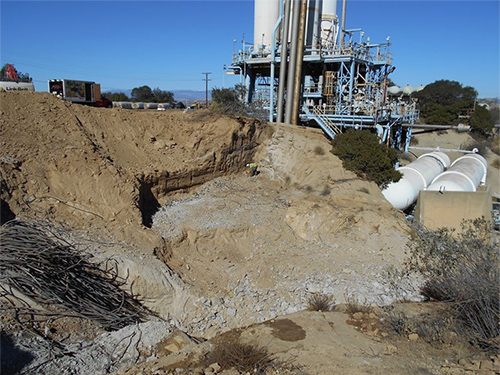 2020 marked a year of meaningful progress for NASA’s environmental remediation efforts at the Santa Susana Field Laboratory (SSFL). The 2020 Year in Review summarizes the key accomplishments in the areas of soil and groundwater cleanup and cultural resource preservation. NASA looks forward to continue its path of progress toward achieving a safe and swift cleanup at SSFL.

NASA has published its November 2020 FieldNOTE Newsletter. This edition of the FieldNOTE provides an update on NASA’s progress with groundwater cleanup, cultural resource preservation efforts, and forthcoming demolition work in NASA areas at SSFL.

Cleaning up the Soil at SSFL

On October 2, 2020, NASA issued a Record of Decision (ROD) documenting NASA’s decision to proceed with a soil cleanup at SSFL using Suburban Residential cleanup standards. For more information about the soil cleanup process, including information about a Suburban Residential cleanup, please view our infographic on Cleaning up Soil at the Santa Susana Field Lab.

NASA has published a Notice of Availability (NOA) in the Federal Register for the Record of Decision for NASA Soil Cleanup Activities at the Santa Susana Field Laboratory .

After carefully considering the information and analysis resulting from the environmental review process, as well as the comments and recommendations received from the public, non-governmental organizations, Native American tribes, and federal, state, and local government officials, NASA’s decision is to proceed with Alternative C, Suburban Residential Cleanup, as described in the Final Supplemental Environmental Impact Statement. A Suburban Residential Cleanup would be protective of public health and the environment, follow nationwide EPA guidelines, and is consistent with the cleanup standards imposed by the DTSC across the State of California.

NASA has issued a Notice of Availability in the Federal Register for the Final Supplemental Environmental Impact Statement (SEIS) for Soil Cleanup at the Santa Susana Field Laboratory.

The Final SEIS, which evaluates the potential impacts of various soil cleanup options, reflects NASA’s careful consideration of all scientific data, as well as comments received from the public.

NASA’s highest priorities at SSFL are to protect public health, preserve cultural and environmental resources, and minimize impacts to the community. Based on the findings of the Final SEIS, NASA selected as its preferred alternative the Suburban Residential Cleanup Alternative. This alternative meets all agency priorities and is consistent with state and federal standards.

The next step in the process is for NASA to issue a formal Record of Decision for soil cleanup at Santa Susana. The agency will finalize a soil implementation cleanup plan once the California DTSC completes its own environmental impact report (Programmatic Environmental Impact Report), and issues its decision.

NASA has prepared a Fact Sheet for the Final SEIS summarizing the purpose of the Final SEIS, the Alternatives evaluated, and the Preferred Alternative. NASA has also created a webpage designed to provided more information about NASA’s responses to public comments.

The May 2020 edition of NASA’s SSFL FieldNOTE Newsletter highlights NASA’s decision to retain the Alfa Test Stands for historic preservation, provides an update NASA’s Supplemental Environmental Impact Statement (EIS) for Soils, and provides an overview about NASA’s planned pilot study to test the effectiveness of enhanced in situ bioremediation to clean up groundwater beneath SSFL.

NASA has made the decision to retain and preserve the two remaining Alfa Test Stands and the associated control house. The remaining structures in the Bravo and Coca Test Areas will be dismantled in accordance with NASA’s 2014 Programmatic Agreement (PA), the document that guides how NASA will protect and preserve cultural and historical resources as it prepares for and conducts SSFL cleanup activities.

While the PA stipulates the retention of only one test stand and control house, NASA determined it is feasible and desirable to retain all three structures within the Alfa Test Area Historic District.

NASA’s decision comes in response to a 2019 NASA Office of Inspector General (OIG) audit report that recommended NASA make a decision on preservation or demolition of the test stands before beginning soil remediation activities.

"The decision to end the deferral and proceed with preservation and demolition activities allows NASA to maintain our commitment to responsible stewardship of taxpayer dollars and maximize our time as federal and state regulatory processes continue," said Peter Zorba, NASA SSFL Project Director.

In accordance with the 2014 PA, NASA consulted with the PA signatories—which include the California State Historic Preservation Officer, the Advisory Council on Historic Preservation, and the Santa Ynez Band of Chumash Indians—as well as the Department of Toxic Substances Control during the decision-making process.

Both the first and last engine tests conducted at SSFL took place in the Alfa Test Area: the first in 1955 and the last in 2006.