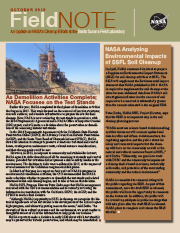 NASA has published its October 2019 FieldNOTE newsletter. This edition of the FieldNOTE provides updates on progress with demolition and test stand preservation, NASA’s ongoing soil Supplemental Environmental Impact Statement evaluating the impacts of soil cleanup, and NASA management’s recognition of the NASA onsite SSFL team for their swift action following the Woolsey Fire. 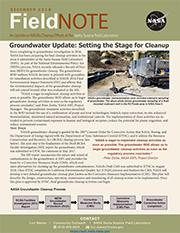 NASA has released the November 2018 FieldNOTE newsletter! This edition reports on NASA’s latest activities at the Santa Susana Field Laboratory (SSFL) including groundwater cleanup, fluid evacuation at the test stands, and final demolition activities in NASA-administered areas at SSFL. 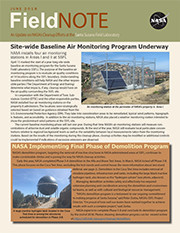 NASA’s June 2018 FieldNOTE newsletter is here! This edition reports on the site wide baseline air monitoring program, provides an update about demolition, and describes NASA’s efforts to protect some of the historic structures at SSFL. 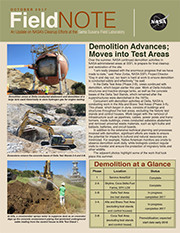 NASA’s October 2017 FieldNOTE describes the latest demolition news, along with an update on efforts to protect the cultural resources at SSFL. 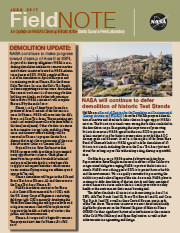 As part of its cleanup obligations, NASA is conducting demolition activities to remove inactive and obsolete structures located in NASA-administered areas at SSFL. 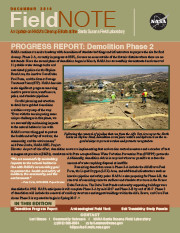 NASA continues to make headway with demolition of obsolete buildings and infrastructure to prepare the site for final cleanup. 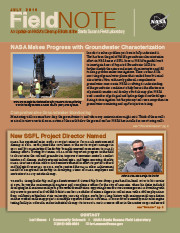 The newest edition of the FieldNOTE newsletter provides an overview of NASA’s progress with groundwater characterization, profiles the new SSFL Project Director, and describes NASA’s preparations for wildfire season. 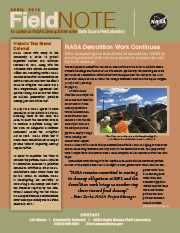 The demolition activities, including the launch of Phase 2 as NASA continues to make progress preparing the site for final cleanup. 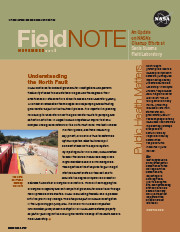 NASA continues to conduct groundwater investigations and perform treatability studies to evaluate technologies and the degree of their effectiveness in site conditions at Santa Susana Field Laboratory (SSFL). 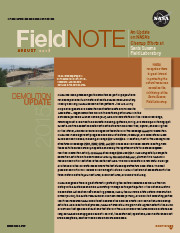 NASA has been proceeding with demolition as part of preparations for cleanup of land it administers at Santa Susana Field Laboratory. In early February, NASA and demolition partners – the U.S. Army Corps of Engineers and demolition contractor Bhate Environmental Associates – began demolition work in the northern part of Area II in the Service/Expendable Launch Vehicle (ELV) Area. 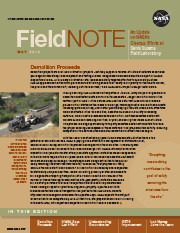 Demolition projects are a lot like construction projects – but they happen in reverse. Structures that were assembled years ago for rocket engine development and testing are now being dissembled and dismantled as part of NASA’s disposition of SSFL. And like any construction site, increased activity requires attention to safe work practices. 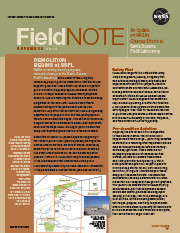 NASA is making steady progress towards cleanup at the Santa Susana Field Laboratory and is about to take a big step forward by preparing for the demolition of test stands and supporting facilities. 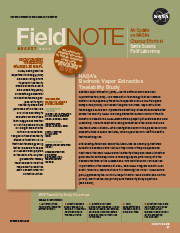 This edition of FieldNOTE describes the groundwater treatability studies NASA, Boeing, and DOE are conducting for the SSFL site. It focuses on the Bedrock Vapor Extraction (BVE) technology NASA is conducting in Area II near the Bravo Skim Pond. The goal of the treatability study is to determine if BVE is feasible to use as a full-scale cleanup option for the SSFL site. 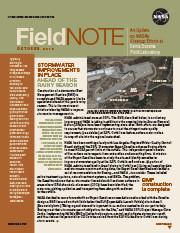 We are providing periodic updates about our cleanup efforts at SSFL. This fourth newsletter online edition focuses on a recently completed stormwater Best Management Practice (BMP) we constructed on NASA-administered land at SSFL. This construction will improve stormwater quality and conveyance from the ELV Service area as it moves to the SSFL Outfall 009. Also featured is a description of the innovative “green” engineering and technologies NASA used in construction, and an explanation of how the BMP operates. 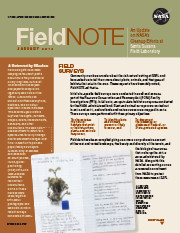 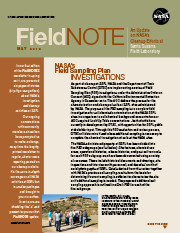 The second newsletter updated NASA’s cleanup efforts at SSFL. This edition focused on field sampling plan (FSP) investigations underway for the characterization and cleanup of soils at SSFL sites administered by NASA. Opportunities for public comment on Draft FSPs, public technical roundtable meetings and group tours are also described as part of the FSP process. 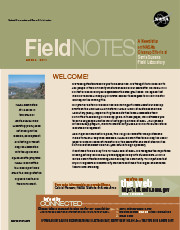 The premier newsletter about NASA’s cleanup efforts at Santa Susana Field Laboratory reports on progress made on soil removal in Phases I and II of an Interim Soil Removal Action. Other articles present updates on the site-wide groundwater remedial investigation; NASA’s signing an Administrative Order on Consent with the Department of Toxic Substances Control; the start of an Environmental Impact Statement; a description of the Groundwater Extraction and Treatment System (GETS); and a recap of summer 2010 summer bus tours of SSFL.