NASA’s Site Management Office at the Santa Susana Field Laboratory (SSFL) remains closed due to the Woolsey Fire and will remain closed to non-essential personnel through Friday, Nov. 23. Key NASA personnel have been onsite assessing fire damage to NASA-administered areas and working to re-establish safe working conditions before field activities resume. There are numerous down power lines and burned oak trees and NASA has been working onsite to mitigate fire damage, help clear the roadways and power poles, and repair equipment destroyed by fire. 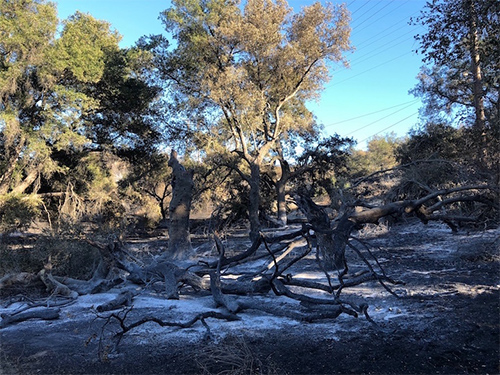 Fire swept through areas located to the south of Service Area Road, including all three eligible historic districts. All Test Stands and associated Control Houses at Alfa, Bravo and Coca Test Areas are intact with no apparent damage beyond scorch marks near pedestals and a burned wooden staircase at Alfa 1. Cultural resources within NASA-administered areas are in good condition. All petroglyph and pictograph sites are unimpacted from the fire despite the fire extensively burning chaparral and Coastal Live Oaks in their vicinity. 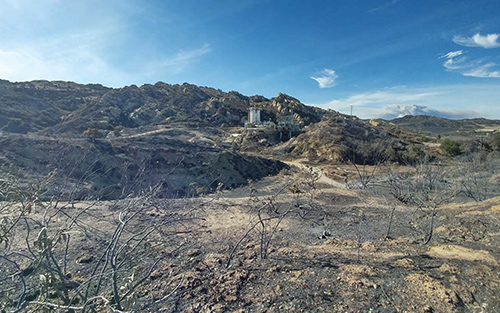 NASA assessments confirm no specific risks or hazards from the fire associated with contamination at the site. Fire and emergency responders, as well as state and federal agencies responding to the site, have determined the fire did not present any risks other than those normally present in a wildfire situation. Public agency statements are listed below. 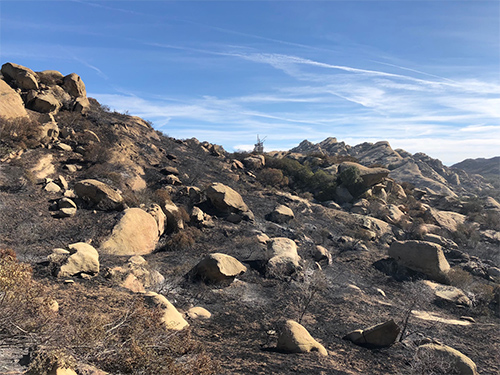 NASA continues to communicate and cooperate with fire and emergency responders, state and public agencies, Boeing, and the Department of Energy. NASA will continue to evaluate site conditions for safety and environmental concerns, and will continue to address onsite environmental infrastructure and management needs, and will provide relevant updates on this website as they become available.

NASA’s Site Management Office at the Santa Susana Field Laboratory (SSFL) is closed due to the Woolsey Fire. The site is currently unsafe to access due to downed power-lines, blocked roads, residual spot-fires onsite and active wildfires in the local area. Only emergency response activities are permitted onsite at this time.

Initial observations confirm significant fire damage across the NASA SSFL site. Fire swept through all three historic districts. The Alfa and Bravo test stands are scorched but intact. The Coca and Burro Flats cultural areas have not been safe to access.

NASA recognizes all wildfires can present threats to the public, however we do not anticipate any specific risks from the fire associated with contamination at the site. Fire agencies responding to the site have determined the fire did not present any risks other than those normally present in a wildfire situation. Additionally, the California Department of Toxic Substances Control (DTSC) is actively monitoring the fire, and DTSC emergency response staff, scientists and toxicologists have reviewed information about the fire’s location and do not believe the fire has caused any releases of hazardous materials that would pose a risk to people exposed to the smoke.

NASA will fully assess fire impacts and damage as soon as it is safe to do so. We will continue communicating and coordinating with fire and emergency responders, Boeing, Department of Energy and State agencies and will provide relevant updates here on this site.

Additional information on the Woolsey Fire can be found on the following pages:

Community questions about the fire should be directed to DTSC, Los Angeles County or Ventura County Emergency Services.

NASA has published a Notice of Availability (NOA) in the Federal Register for the Record of Decision for NASA Groundwater Cleanup Activities at Santa Susana Field Laboratory (SSFL).

NASA’s June 2018 FieldNOTE newsletter is here! This edition reports on the site wide baseline air monitoring program, provides an update about demolition, and describes NASA’s efforts to protect some of the historic structures at SSFL.

These photos show the progress of the Phase 3-A demolition activities. 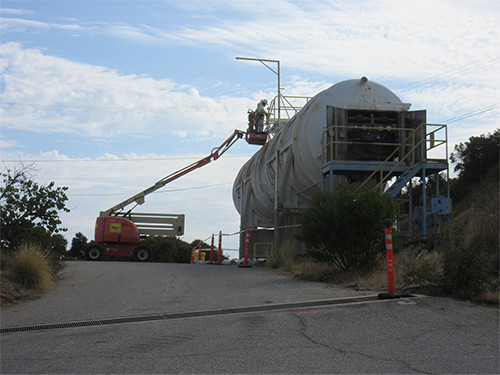 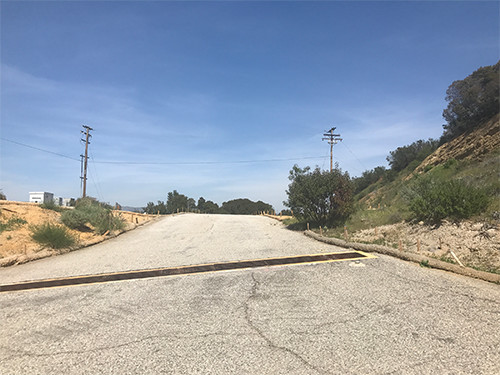 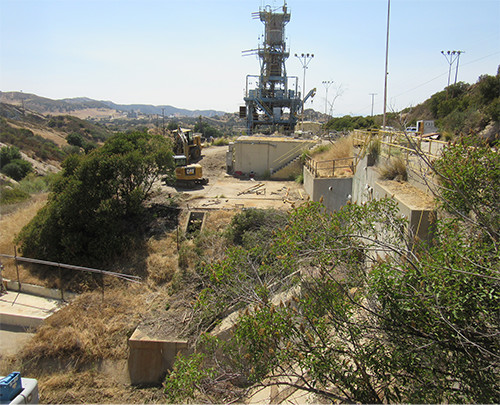 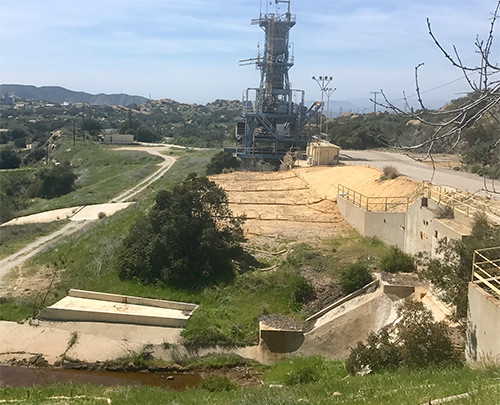 These photos show the progress of Phase 2-B in the Delta Test Area. 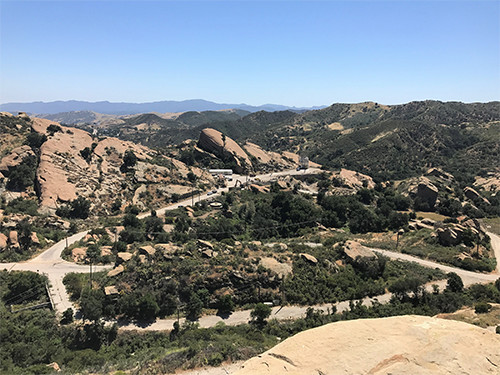 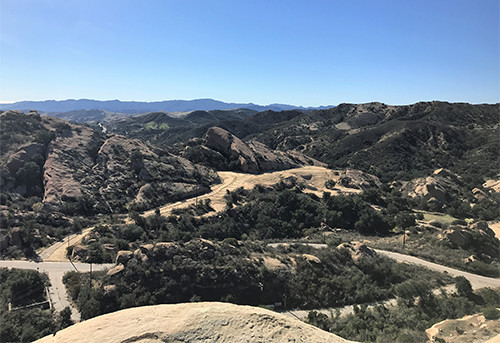 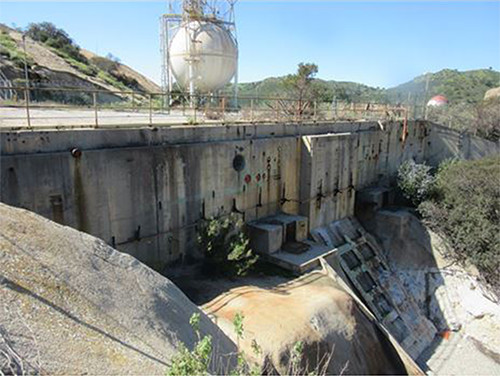 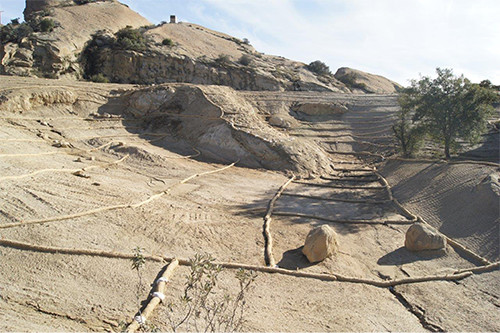 Over the course of 2017, NASA made significant headway in its effort to clean up its portion of the Santa Susana Field Laboratory (SSFL) site while protecting public health and the natural environment. The 2017 Year in Review describes activities and progress made in the areas of demolition, cultural resources, soil and groundwater, and stormwater management. NASA looks forward to continuing its forward path toward a final cleanup.

NASA recognizes the historic significance of the people and customs of the region, and their connection to the land at SSFL. The 2014 Programmatic Agreement between NASA, the California State Historic Preservation Officer, the Advisory Council on Historic Preservation, and the Santa Ynez Band of Chumash Indians required NASA to develop an ethnographic history, the goal of gaining a greater understanding of the Native American uses of and associations with the Burro Flats Site complex, SSFL, and the Simi Hills area. NASA has made available a Public Version of the Ethnographic Study Document which is available on the Key Documents page of this site.

NASA’s October 2017 edition of FieldNOTE describes the latest demolition news, along with an update on efforts to protect the cultural resources at SSFL.